“Some people think outside of the box. Gary is unaware of the box’s existence.”
Dr. David Thornburg
Futurist 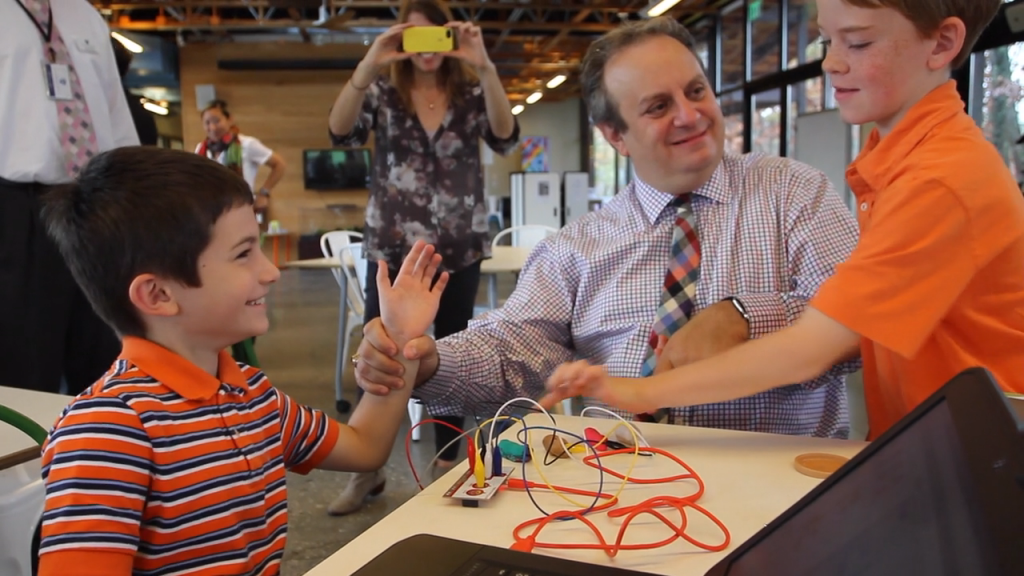 Gary working with students in Virginia

Gary Stager is a recognized pioneer in 1:1 computing, online learning, and computer science for all students. He has taught learners from preschool through the doctoral level and spent 38 years helping teachers around the world embrace technology as way of amplifying the potential of each student.

Gary is a popular keynote speaker known across the globe for his fearless advocacy on behalf of teachers and children. Educators leave his presentations energized and empowered to change their practice and the world of the kids they serve. 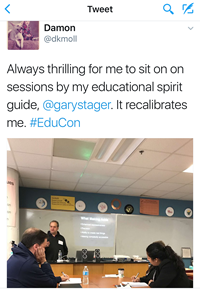 In addition to being a popular keynote speaker at some of the world’s most prestigious education conferences, Gary Stager is a journalist, teacher educator, consultant, professor, software developer, publisher, and school administrator. An elementary teacher by training, he has taught students from preschool through doctoral studies. In 1990, Dr. Stager led professional development in the world’s first laptop schools and played a major role in the early days of online education. Gary is the founder of the Constructing Modern Knowledge summer institute for educators.

Dr. Stager is co-author of Invent To Learn – Making, Tinkering, and Engineering in the Classroom, called the “bible of the maker movement in schools,” by Larry Magid of CBS and The San Jose Mercury News.

Dr. Stager’s work has earned a Ph.D. in Science and Mathematics Education and he collaborated on a project that won a Grammy Award. Recently, Gary was invited by Fondazione Reggio Children to lead a public seminar on education in Reggio Emilia, Italy. 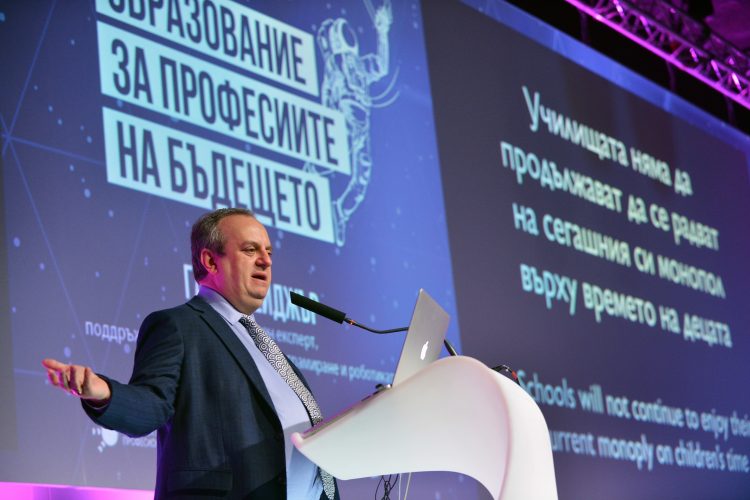 Gary Stager is a unique speaker who never fails to entertain, inform, and inspire. Gary’s offers a unique combination of intellect and wit that provokes conversation and smiles alike. He is a committed educator who comes to a conference ready to roll up his sleeves and work. Gary can have audiences on their feet cheering at a keynote and a half hour later be fielding questions and presenting his latest ideas in a breakout session or at a conference reception. He is straight talking, fearless, and a visionary educational leader who ‘tells it as it is’. Gary’s presence has always brought our conference to another, higher, level.
Pete Reilly
President, NYSCATE